Temporary impossibility of performance – Fulfillment of contract in the pandemic era. 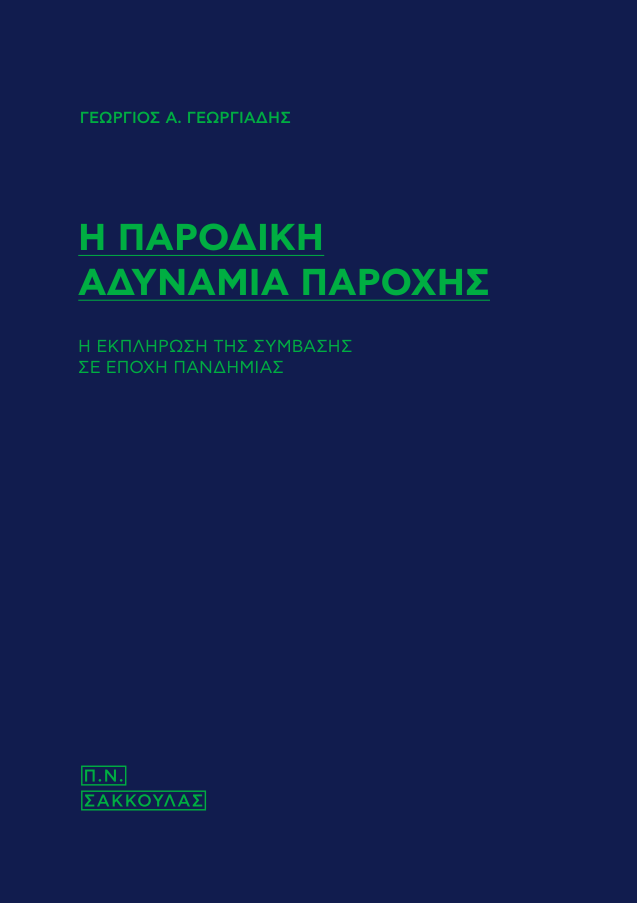 The coronavirus pandemic, in addition to the daily loss of life and the pressure on the world’s health system, has caused serious disruption to economic activity. One of the manifestations of this phenomenon is the creation of various obstacles to the fulfilment of most contractual obligations.
Temporary impediments to the performance of the contract, usually caused by extraordinary events, sometimes real (e.g. the sickness of the contractor’s staff) and sometimes legal (e.g. the suspension of the operation of the business by order of the State), have brought to the fore a hitherto neglected – in legislative and scientific terms – form of abnormal development of the contractual relationship, the ‘temporary impossibility of performance’.
This is a case of a malfunction in the performance of a contract, which is not regulated in the Civil Code, but is referred to in the General Civil Law textbooks and in the case law of the courts. As a concept that has been around for a long time, it has been brought to the fore again by the current pandemic.