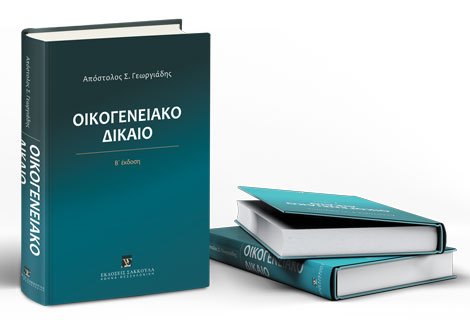 Recently passed legislation has made imperative a new edition of Professor A. Georgiades’ treatise in Family Law, just two years after its initial edition.

First, extensive amendments made to the Code of Civil Procedure (“CCP”) by Law 4335/2015 most of which apply to law suits and means of appeal submitted after January 1, 2016. The restructuring of articles 592 et seq. CCP providing for a unified special procedure to be followed “in claims from marriage, family and non-marital partnership” being obviously of particular importance.

Third, other laws, affecting family law issues, have also been recently introduced such as Law 4272/2014 in which provisions re medically assisted reproduction are included.