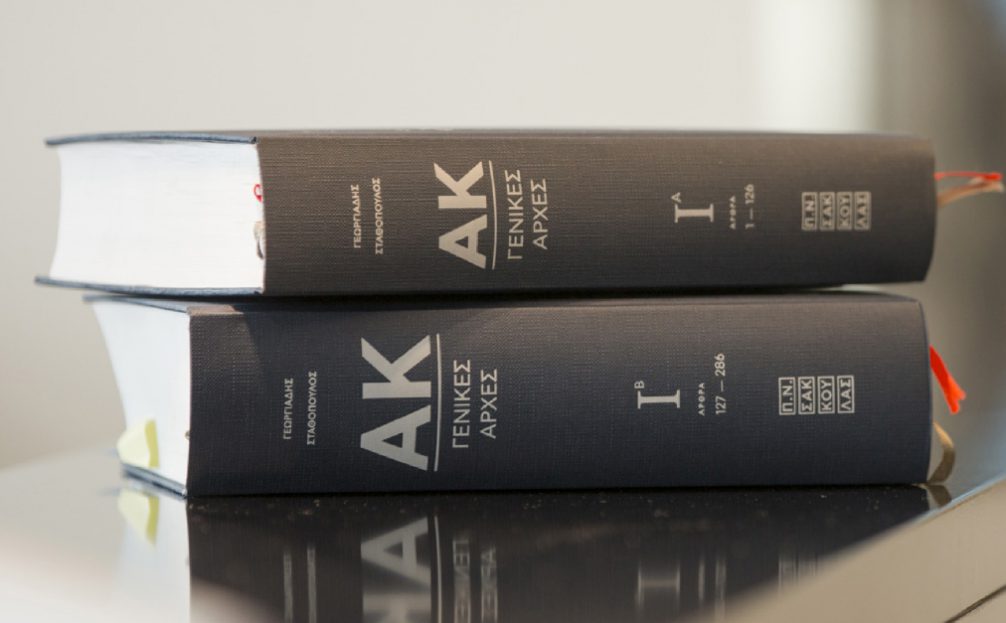 Volume I of the legendary Commentary on Civil Code, edited by professors Apostolos Georgiades and Michael Stathopoulos, is now available in second edition (2016). The first edition (1978), which appeared almost thirty years ago, signaled the beginning of an enormous effort to create the first and most comprehensive commentary on Greek Civil Code.

A team of 37 carefully selected jurists (mostly Law Faculty members) cooperated with the two editors, Georgiades and Stathopoulos, to continue the legacy of the well-established commentary, which is the most frequently cited work in Greek jurisprudence and case law.

The ten volume Georgiades and Stathopoulos Commentary of Civil Code is widely considered as the most authoritative interpretation of Greek civil law.

The editors are already working on the new edition of the next volumes to ensure that Georgiades and Stathopoulos commentary remains as eminent and influential in future years.