Grand Commander of the State of Honour award for Apostolos Georgiades 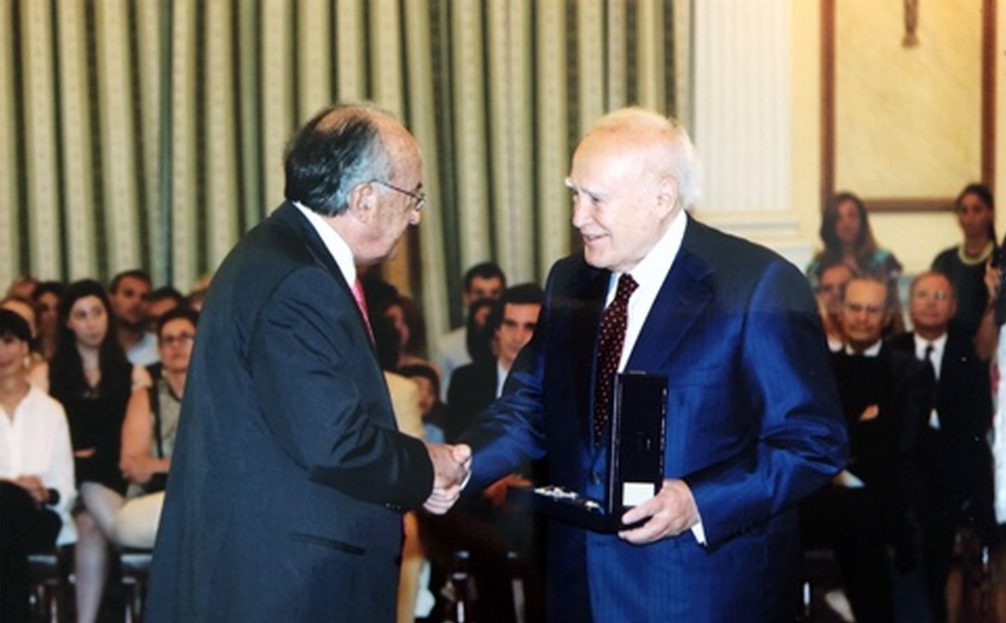 On 16th July 2014 AGA Name Partner, Professor Apostolos Georgiades, was the recipient of the honorary distinction, Grand Commander of the Order of Honor, awarded by the President of the Hellenic Republic Karolos Papoulias.

The Order of Honor is conferred on Greek citizens who have distinguished themselves in their efforts on behalf of their country in all sectors of public administration, commerce, shipping, industry, science and arts and letters. It is also conferred on foreigners who are judged worthy and have contributed to enhancing Greece’s stature abroad.

The Grand Commander of the Order of Honour has been conferred to Apostolos Georgiades in recognition of his great contribution to jurisprudence and his major influence on legal theory in Greece and abroad.

Apostolos Georgiades received the insignia at the official ceremony in the Presidential Mansion.