Contractual Relationships in the Coronavirus Era

Aside from the health-related crisis, the coronavirus pandemic has obviously caused serious problems for the economy. Government measures taken in many countries to mitigate the spread of the virus (closing businesses or isolating entire areas) have resulted in suspended operations of entire business sectors, a slow-down in production of goods and vast complications in their distribution. The situation has also created major obstacles in fulfillment of numerous contracts, both instantaneous (such as for the sale of goods) and long-term (employment contracts, business premises leases, leasing contracts, and others).

In all these cases, where one party to the contract (hereinafter “debtor”) is unable – usually because of government-imposed restrictions (but sometimes because of actual obstacles such as the illness of a large number of employees in its business) – to fulfill its contractual obligations (e.g. deliver sold goods on time), the question arises as to what the impact of these unprecedented conditions will be on the validity and the fate of the contract: Will the debtor continue to be liable for performance? Will his counterparty (hereinafter “creditor”) still be obliged to provide consideration (e.g. pay the price of the goods)? Can the parties be released from the contract? Are any additional claims generated for the creditor, such as claims for compensation? 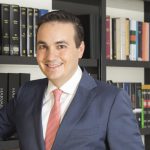 First of all, the contract itself may provide answers to these issues. That is because many contracts (especially in international trade) contain clauses that set out the rights of the parties when the performance of the contract is impeded by force majeure (unforeseen circumstances), which naturally includes the sudden outbreak of a pandemic such as coronavirus. Additionally, one should look into whether there are insurance policies in place (e.g. travel insurance, which covers losses related to cancellation for specific reasons or insolvency of the service provider). In the absence of a contractual clause, however, provisions of the law shall apply.

In view of the fact that measures being taken to prevent the spread of the virus are temporary by nature, the debtor’s inability to perform his obligation due to these measures is mostly not definitive (permanent), but transient (except for the so-called “time is of the essence” agreements, where a delay in performance renders fulfillment impossible or useless for the creditor, e.g. an agreement to video-record a particular event that is then cancelled). This means that, based on Greek law, the provisions that regulate not inability but delays in performing the service must apply. In fact, considering the reason behind them, such delays are in the vast majority of cases, no-fault, i.e. not due to a debtors’ fault (deliberate action or negligence).

But this is where the problems begin, because Greek law does not in fact regulate no-fault delays in performance. The main legal consequence is that the debtor continues to be liable for performance throughout the period that he is unable to proceed to it, but cannot be judicially compelled to perform. This, however, puts the creditor in an extremely difficult position, especially when the inability to fulfill the agreement continues for an extended period of time. In particular, the creditor is unable to receive the debtor’s performance; if the creditor has already fulfilled his own performance (e.g. paid the price for the goods), he cannot request a refund for as long as the agreement remains in force. The creditor is also unable to request compensation for any losses incurred by the delay in fulfilling the agreement (in the same example for instance, loss of profit from planned resale of the goods), or to terminate the contract, since the rights to compensation and withdrawal are provided by law basically only in cases where delays in fulfilment involve culpability (with the sole exception being time-sensitive agreements, or the so-called “time is of the essence” agreements, such as for example the supply of seasonal goods). Consequently, the creditor is trapped in an agreement where its time of fulfilment is uncertain and upholding it may cause him to incur a loss.

So, what legal recourse is there in this case for the contracting parties? Firstly, it is possible to consent, perhaps assisted by their legal advisers, to a mutually beneficial solution (e.g. to jointly agree to terminate the contract, or to adjust the price). To that end, the debtor is advised to notify the creditor as soon as possible about his inability to fulfil the agreement. If a consensual solution is not feasible, the possibility that the initially transient inability to fulfil the agreement has actually turned into a definitive (enduring) one should be examined. This would particularly be the case if it is completely uncertain when the impediment to perform may be lifted, or when it is reasonably foreseen that the impediment will exist for so long that it may not be required by either or both parties to remain bound by the contract. That shall be determined objectively (i.e. based on the honesty required in transactions) after taking account of all aspects of the specific case (e.g. the specific reason for the impediment to performance and the nature of the contract). If these preconditions apply, both parties are released from their obligations and refund whatever each had paid with the expectation of fulfilling the contract. The parties are released automatically; however, if there are contentions, it may be necessary to validate the release by court decision. Furthermore, another option for the creditor is to appeal to the court and to request that the agreement be reversed or adjusted on the grounds that certain “unwritten” facts which the parties had tacitly set as basis for their agreement (e.g. in our example, the unimpeded circulation of goods) have ceased to exist (the so-called frustration of contract).

Based on the above, it would certainly seem preferable for the parties to reach an understanding, as that would allow them to receive immediate assurance of the fate of their agreement and to come up with a solution that  is in their best interest. Finally, there is a possibility that the state itself will provide a way out by adopting “emergency” legislative measures (as it has already done with the 40% automatic reduction in rents owed by certain enterprises or professionals whose operations have been suspended by the government).